What Do I Do with My Knick-Knacks? 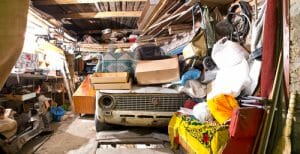 {Read in 7 minutes}  People die owning all sorts of assets. There are many people who own real property, retirement accounts, works of art, or cash in bank accounts. However, there is one thing in common that all people own, and that is stuff.

When I’m talking about stuff here, I’m not talking about cash and cash equivalents; I am talking about their tangible, personal property, which might include anything from a very valuable piece of jewelry to the half-empty carton of milk that was in the fridge when they died (obviously you can see there is quite a range of values here). Is this something that people typically dispose of in their Wills or do they dispose of it in some other manner? Let’s explore.

First, it’s important to know that some of these items may already belong to somebody else as a matter of law. A person’s surviving spouse has rights to many articles of tangible personal property up to a certain value, including things like furniture, electronic equipment, family photos, and even the car. This is something that can rest in the surviving spouse, or if there is no surviving spouse, in the children of the deceased who are under 21 years of age. Assuming neither case applies, how do people dispose of things in their Will? Generally, there are two choices:

– Make an itemized list of each and every item they wish to leave. For example: “I give the following three pieces of jewelry to my nephew and I leave all of my art to my niece,” etc.

– Choose to give it all in one fell swoop to someone — and let them figure out how to distribute it afterwards.

When making these decisions, there are three things that a client should consider:

– The advantage of articulating it in the Will is that it is legally binding, and each of the beneficiaries has an absolute right to the item if it exists upon the person’s death. However, that’s a double-edged sword. If I write a Will leaving my piano to my best friend, and then change my mind and want to leave my piano to my sister, I need to sign a new Will. I cannot simply cross out the request or change the name. For a Court to enforce any change, I must execute it with the same formality as I did the original Will.

Generally, I tell clients to put only the important stuff that they do not think they will ever change in the Will: the ring that they inherited from their grandmother that goes to their eldest daughter, grandfather’s gold watch that must go to a specific member of the family, etc.

– For the bulk of the tangibles, it’s okay to leave it all to one person. For example, I have a bunch of stuff in my apartment — so do you. I do not walk around every day with an itemized inventory of all these things, which change on a daily basis. Most of my stuff are things that I think nobody will want. However, there may be items that have monetary value (such as jewelry, electronics, or higher-quality furniture) or sentimental value (like photographs, cards or letters, or things I created with my own hands).

Rather than giving it all away in the Will knowing that it’s going to be difficult to change my mind as described above, I may choose to leave it all to my Executor. Why? Because they can then take these items and distribute them as they see fit. For example, they may invite various friends and family members in to find out what they would like, and if there is a dispute over an item, they can resolve it, making an independent decision as to whom it belongs. The Executor will also have the discretion to throw out things that have absolutely no value and donate things that can be reused.

(Note: It is always important that if I’m leaving these items to my Executor, I do so in their individual capacity instead of their fiduciary capacity.

Let’s say that I decide to name my best friend as the Executor. I should not say that I am leaving these items to “My friend in his capacity as the Executor…” I would say something like, “I leave these to my best friend, …” and put his name in there, followed by the word “Individually.” Why? Because when he is wearing his Executor hat, he has a duty of impartiality when it comes to distributing these items, a dispute of which may wind up in an accounting proceeding before the Surrogate’s Court. However, if he is an individual beneficiary, he is not receiving these items with his beneficiary hat on. They are his to own and do whatever he wants with, and if anyone is asking for these items that now belong to him, they are asking him to give away his property, as opposed to the property of the estate.

– Lists are helpful and deadly at the same time. A lot of people love to write in their Wills;

“I leave everything to my Executor to be distributed in accordance with the list that I have made, telling him how to distribute these items.“

Bad idea. Why? Because 9 times out of 10, PEOPLE NEVER WRITE THE LIST!! They think that they will get around to it later, and they never do. Or maybe they do write it, and it gets lost. Or maybe they write it, but never bother to update it, and it refers to things that simply don’t exist when the client dies. If the Will specifically references a list, the Court is going to ask about it and want information.

Mentioning the list in the Will is dangerous. What’s the alternative? Write the list if you want, but give it to the friend who is inheriting the items. If the Will doesn’t reference it, all that the Will is concerned with is giving the property to the named beneficiary. What the named beneficiary does with it is his or her own business. If you do bother to write a list, it may change from time to time —  you don’t want that coming under the purview of the court.

If you or someone you know would like more information about dealing with stuff, please contact me.