What Do Executors and Administrators Get Paid? 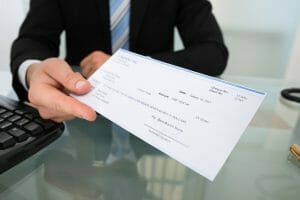 {Read in 7 Minutes}  As a Trusts and Estates attorney, my practice has two main areas: (1) representing people who would like to sign Wills or Trusts as part of their estate planning, and (2) after somebody dies, representing the Executor or the Administrator in handling the affairs of an Estate. This article appeals to me because I get to talk about representing both estate planning clients and Executors/Administrators (collectively known as Estate fiduciaries).

When a person dies in New York State, the law generally characterizes their assets between two groups: (1) those that name beneficiaries, such as a life insurance policy, retirement accounts; or perhaps, jointly held real property that names beneficiaries, and (2) those that do not name a beneficiary. For assets that name beneficiaries, those beneficiaries receive their assets outside of the Estate; there’s no need to probate a Will or otherwise go to the Surrogate’s Court in order to obtain them. However, anything that the deceased owned in their own individual name, and does not name a beneficiary, is subject to collection by a Court-appointed Estate fiduciary.

The Estate fiduciary would collect those assets and distribute them to the people who are entitled to them after payment of funeral expenses, creditors’ claims, and the other expenses of administration. The compensation that an Estate fiduciary receives is one of those other expenses. I thought we might spend a few minutes talking about it here to give you a better sense of how it is calculated. As I indicated in a prior article, being an Executor, or being the fiduciary of an Estate is a lot of work. However, the right to compensation for services rendered is one of the rewards.

The compensation of an Estate fiduciary is determined by statute. It doesn’t matter whether the person died with a Will or not — with some minor exceptions (which are not worth noting here) the compensation of an Executor or an Administrator would be identical. It starts with identifying all of the assets that are payable to the Estate, meaning that we would exclude anything that passes automatically to a named beneficiary as described above.

When looking at those assets payable to the Estate, each of them is assigned a date of death value. The date of death value of each asset is then tallied and included in the commissions base — the gross number on which the fiduciary’s compensation will be determined.

5. 2% of the value of the commissions base in excess of $5 million.

(For those of you who would like a good chuckle, I was able to recall all of these from memory without reading the statute; perhaps my ability to drone off boring numbers like this is what prevents me from being invited to cocktail parties and other social events. Although the COVID-19 crisis likely has a bit to do with that also these days!)

A few things to consider:

1. The fiduciary’s compensation is strictly a function of the value of the assets payable to the Estate. There may be an Estate where the decedent left millions of dollars, and the fiduciary needs to do very little work because everything was held in a simple bank account, so there are not a lot of assets to collect.

Conversely, there may be an Estate with very minimal value where the fiduciary can put dozens and dozens of hours of work into the Estate, only to make very little money because — again — the compensation is determined strictly by the date of death value of assets payable to the Estate.

2. There are assets that, even if payable to the Estate, will be excluded from the commissions base. For example, any article of tangible, personal property is excluded. Therefore, if an Executor is dealing with a Will that specifically lists items (either individually or among a larger group of items) to go to a specific person, the value of those items is generally excluded from the commissions base.

4. Anything that the beneficiary receives for commissions is considered compensation for services rendered and thus the fiduciary must report it as income on their own personal income tax returns. This is an exception to the general rule that inheritances pass free of income taxation. So, in this situation, the Executor or Administrator needs to make a choice as to whether they wish to take the compensation on which they will be taxed, or waive the compensation and take the inheritance to which they are entitled.

Sometimes it does not make any sense for them to do so. For example, let’s say that I am serving as the Administrator, and I am the sole distributee (next of kin) of the deceased — and therefore entitled to inherit everything. If I waived my commissions, I would likely inherit all of the assets, free of income tax liability. However, if I chose to receive compensation in the form of commissions, I would pay income tax on those commissions, which I would have inherited outright if I had simply waived them. Therefore, in some situations, it pays to waive the commissions.

So, as you see, the Executor or Administrator of an Estate is entitled to compensation for the work that they do (which in some situations may be significant), but it does come with a potential reward depending on the size of the Estate.