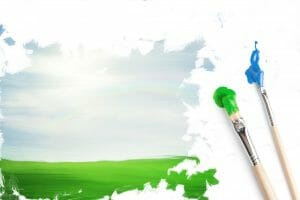 {Read in 4 minutes}  We don’t always finish what we start. Some of us are incredibly organized and get everything done the minute that it is assigned to us (not me!); some of us are procrastinators but, regardless of our intentions, it’s entirely possible that we may not finish a job that we start. The same is true for an Executor, Administrator, or a Trustee.

Let’s explore how this works. Generally, the Surrogate’s Court issues Letters to one or more fiduciaries of an Estate. These may include Executors, Administrators,Trustees, and/or guardians of minor children, adults, or people with disabilities. It is the Surrogate’s Court that gives these fiduciaries their power to act and ultimately it is the Court that can terminate their power to act — revoke their Letters — if for example, they breach their fiduciary duties by acting in their own self-interest.

It obviously doesn’t always happen this way. There are a few situations under which the Court may revoke Letters and appoint a successor:

If a fiduciary dies before completing the duties of administering the Estate (such as arranging for or reimbursing funeral creditors, paying off the creditors of the Estate, accounting to the beneficiaries, and making payments of inheritance), the Court will need to replace them.

If the reason that they have failed to complete it is that they are dead — guess what? They’re never gonna finish the job. So, the Courts will accept papers from the successor nominated fiduciary with a copy of the deceased fiduciary’s death certificate and after processing the papers and hearing from any interested parties, issue new Letters to the successor fiduciary.

Sometimes people get appointed as fiduciaries and then they want out. This could be because they find that they are unable to do that work because of personal or professional commitments, or maybe they have a health issue that forces them to turn away from the important matters of the Estate, or maybe the beneficiaries of the Estate are treating them like garbage, and they decide that they no longer want to have anything to do with them.

If a fiduciary wishes to resign, that is discretionary with the Courts. The fiduciary must provide a written statement to the Court asking for permission to resign, and providing the Court with some reason why. If the Courts allow the fiduciary to resign (which they often, but not always, do), the Court will also revoke their Letters and issue new Letters to a successor fiduciary.

In general, a Court can issue Letters to many different types of people. The only real disqualifications are people who are under 18 years of age, people who have felony convictions, or people who are non-US citizens residing abroad.

Should the existing fiduciary lose one of these qualifying statuses, they will need to seek the permission of the Court to resign. For example, if the Executor of the Estate is convicted of a felony, (regardless of whether it is related to administration of the Estate or not), they should immediately notify the Court and the Court will revoke their Letters.

Similarly, if the fiduciary decided that they no longer wish to be a US citizen, renounce their citizenship and move abroad; the Court would deal with that in the same way.

In either of these situations, they simply no longer meet the basic qualifications to serve as an Executor under New York Statutes.

In conclusion, it’s always best for fiduciaries to communicate with their attorneys concerning their progress in administering an Estate. And remember that if they are unable to finish the job, the Court has mechanisms to appoint a successor.