What Is a Funeral Directive? 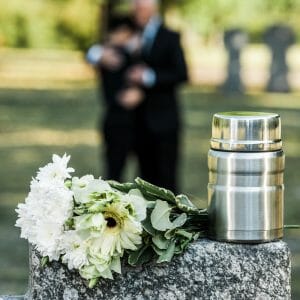 {Read in 6 minutes}  As a Trust and Estates attorney, you can imagine that I deal with death quite a bit. It’s not the most glamorous thing, but I have really come to enjoy working with people in planning for their own passing or handling the passing of a loved one. Very often the question comes up, “Where should I put my wishes concerning the disposition of my remains?”

In general, there are a few good places to put them. Writing them in the Will is a good one. Also, signing a separate funeral directive can be helpful. Let’s talk about the merits of each.

I would say that slightly more than half of my clients address their wishes concerning the disposition of their remains in their Wills. What might this include?

Whether they wish to be buried or cremated:

•If buried, where do they want to be buried?

•If cremated, who gets the ashes (and potentially what they would like that person to do with those ashes)?

Whether or not they would like a religious service, a nonreligious service, or no service at all, or some sort of memorial gathering or luncheon to celebrate their lives and allow their close friends and family members to spend an afternoon reminiscing.

What’s the advantage of putting it in one’s Will?

In general, a Will is a logical place for someone to look for instructions on what to do when somebody dies. Like many other states, funeral directors in New York State can take a photocopy of the Will as evidence of a person’s wishes concerning the disposition of their remains, and can even take direction from the Nominated Executor.

What are the downsides of including it in a Will?

Well, the largest downside is that a Will is really just a piece of paper stapled together with the word “Will” written on top of it, unless and until the Surrogate’s Court admits the Will to probate.

Even in the case of the most efficient Surrogate’s Court (and we are quite fortunate to have many of them located right here in New York State), this is going to take a couple of weeks to resolve.

Although it is incredibly rare, there may be a dispute among family members and other loved ones concerning what to do with the remains. For example, I have been in the Surrogate’s Court to observe a proceeding between biological family members and a person’s domestic partner, arguing about whether the person’s remains should be buried or cremated — this is not something that anyone should ever have to endure 48 hours after the passing of a loved one.

For over 10 years now, New York State law has allowed people to create an independent document appointing an Agent to control the disposition of their remains. The statute exists within our public health law and actually contains a sample form that you can fill out yourself, without having to hire or pay an attorney to do so.

This document exists as a valid directive even before the court probates a Will, and would even be valid for those people who choose not to write a Will and die intestate. The funeral directive states the person’s wishes concerning all of the topics described above (burial/cremation/service) and appoints a Primary and up to two Alternate Agents who would be in charge of making those final arrangements. The people listed in this document would have priority over blood relatives or spouses to make the decision, so you would never have an incident in the Surrogate’s Court like the one I described above.

Like many people, I’m a big fan sometimes of doing nothing. You can call it procrastination or general laziness, but the laws of New York, like many other states, provide for statutory default concerning who can make decisions regarding the disposition of our remains.

It should not surprise anybody that a spouse, or a registered domestic partner, is the first entitled to make such arrangements. They are followed by people such as adult children and grandchildren, parents, siblings, nieces and nephews, et cetera.

At the end of the day, knowing that they are doing what you would have wanted them to do will give those left behind a tremendous amount of comfort.

Like many other topics or many other decisions that we face as adults, educating ourselves concerning our choices and the defaults concerning the disposition of our remains can be very helpful.