Do You Inherit Debt? 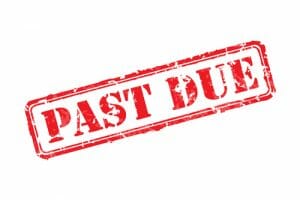 {Read in 7 minutes} While we all could think of famous people with famous names who have died leaving millions of dollars, this is not the case for most average Americans. While many people are thrilled to be able to leave something to those people or charities that they care most about, there are some people who simply leave nothing behind but their debts. As a Trusts & Estates attorney, people frequently ask me if they are responsible for the debts of their loved ones. Let’s take a look.

First, we need to discuss the concept of an Estate. As I mentioned in this article, “an Executor is charged with collecting all assets that are in the sole name of a deceased and not directly payable to named beneficiaries.”

The Executor is charged with collecting these assets and deciding what to do with them. Assuming that there are at least some assets to collect, New York law provides a certain preference for the order of paying debts and claims against the Estate. They are as follows:

Anyone who has advanced the reasonable funeral costs of the Deceased is entitled to be reimbursed first. This would include any of the ways that one can dispose of their remains but would also include things such as clergy expenses, memorial services, and some transportation costs. Why is this the first priority? As a matter of public policy, we really don’t want dead bodies being left out on the curb for trash day.

These include lawyers’ fees (because we lawyers write the laws, you know) and also:

– the Executor’s commissions (salary for serving as Executor); and

– expenses involved in maintaining assets of the Estate (such as real property management expenses or storage fees).

Here we are talking about the debts that the deceased left behind, such as unpaid credit card bills, student loans, nursing home costs, etc. When we’re looking at debts, we really need to divide them into a couple of different categories, because they are treated differently.

– Secured debts get first priority. Secured debts include things like mortgages, where the bank has recorded a claim against the deceased’s home.

– The second priority is taxes. If there are taxes that the deceased owed, those are customarily paid next.

– Finally, all other debts. Below, these are divided into two further subcategories

– First, any debt that has been reduced to a judgment gets paid first. For example, if the deceased had thousands and thousands of dollars in credit card debt, and the bank obtained a judgment against her, it would be paid before the following category.

– Unsecured debts are debts that have accrued and are mounting, such as credit card debt that hasn’t been reduced to a judgment, unpaid installment payments for automobiles or furniture, etc. These are entitled to the last priority of all.

What concerns do family members have when dealing with insolvent Estates? They are incredibly concerned that if they inherit dollars, they’re also inheriting debts. Is this true? Not entirely. Why do I say that? Because, with very limited exceptions, the beneficiary never inherits debts. The beneficiary can only get what is left over after the payment of the expenses described above. If the assets are insufficient to cover all of these debts and expenses, the beneficiary gets nothing, but certainly doesn’t walk away carrying the deceased’s debts in his pockets.

If there are insufficient assets to cover these expenses, and the family members themselves are not the funeral creditors, they may wish to avoid any legal fees involved with the administration of the Estate.

Finally, there are some people who are treated very differently: the deceased’s surviving spouse. Or, if there is no surviving spouse, the deceased’s minor children under 21 years of age. These people are entitled to certain assets called family-exempt property, which typically includes the household belongings (up to a certain value), the car (up to a certain value) and up to $25,000 in cash. Our laws in New York state that these assets pass outside the Estate, so they are not generally available to pay creditors’ claims.

This is important to remember, because if a Deceased dies with only a few thousand dollars, with only the assets that are within the realm of families exempt property, the family can still collect them without having to worry about paying the creditors or inheriting any debts. Therefore, as you can see, it’s always a very good idea to discuss the potential issues involving insolvent or low-value Estates with a Trusts & Estates attorney, before shelling out the big dollars to fully probate the Will and administer the Estate.